WHILE many businesses continue to pursue carbon neutrality, BrewDog has committed to operating as a ‘carbon negative’ business.

A new report produced by BrewDog science advisor Professor Mike Berners-Lee of Lancaster University has revealed how the Scottish brewery plans to remove twice as much carbon from the atmosphere as it produces.

To achieve this feat, BrewDog has launched a £30m ‘climate action’ investment programme across its business and has purchased 2,050 acres of land north of Loch Lomond which will be used to for tree planting.

BrewDog has committed to creating 1,500 acres of broadleaf native woodland on the site and expects to plant over one million trees. Woodland is an effective natural environment for the removal of carbon from the atmosphere.

The brewer has also pledged to restore 550 acres of peatland – another natural environment which is effective in sequestering CO2.

Consumers will also be invited to learn more about carbon capture and environmental issues at a BrewDog sustainable campsite to be built on the land.

To ensure the brewery is able to operate as a carbon negative business while work is ongoing at its woodland site, BrewDog plans to work with carbon offsetting partners.

The brewer will support projects carried out by environmental groups including The Woodland Trust, Carbon Neutral, Ribbie Rivers Trust and Nature Conservancy of Canada.

In addition to carbon capture, Berners-Lee’s report also details further steps that BrewDog will take to reduce the volume of carbon dioxide it produces.

The Aberdeenshire-based brewery will power its UK brewing operation with electricity sourced from local wind turbines; has embarked on an electrification process for its vehicle fleet; and is set to open a bio-plant that will convert brewery waste water into  water and biomethane by 2021.

The good news is that if we are smart about our transition, we can make our lives better at the same time as making them more sustainable.

On packaging waste, BrewDog has been repurposing wasted cans from the production process to create containers for its Punk IPA variant.

Report author Mike Berners-Lee commented: “After decades of inaction we have a full-on climate crisis on our hands. The scale and speed of the change we now need is enormous, and cuts right across politics, business and every corner of society.

“The good news is that if we are smart about our transition, we can make our lives better at the same time as making them more sustainable.

“With the actions laid out in this report, BrewDog is giving some of the leadership the world so badly needs. They are raising the bar for the business world, both in their strong carbon cutting action and their straight talking. BrewDog beer can represent another small nudge for a better world.”

James Watt, co-founder of BrewDog said: “Our carbon. our problem. So, we are going to fix it ourselves.

“Huge change is needed right now, and we want to be a catalyst for that change in our industry and beyond. We fully acknowledge that we are a long way from perfect.

“However, we are determined to rapidly and fundamentally change everything as we work hard to ensure we have a positive impact on the planet.

“The scientific consensus is clear: we are sleepwalking off the edge of a cliff. Unless the world confronts the urgent carbon problem, science tells us that the results will be catastrophic.

“There has been too much bullshit for too long. Governments have proved completely inept in the face of this crisis.

“The change our world and society needs, has to come from progressive business and we want to play our role and nail our colours to the mast.” 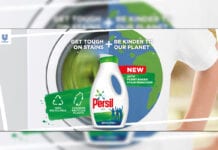 Cleaning up the pack 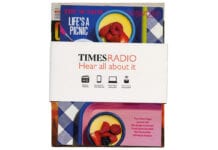 Times mags are ditching the plastic 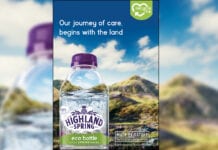