What are you likely to be devoting more of your beer, wines and spirits shelf space to in the future? Well it might be still more fruit cider, according to the latest alcohol new product development findings from leading market analyst Nielsen.

In its latest beer, wines and spirits update the researcher said that despite NPD typically contributing less value to liquor than other categories, 2014 saw new products generate £102m of sales in Britain across the year. The top three branded NPD items in 2014 were Stella Cidre Raspberry, Strongbow Citrus Edge and the flavoured wine Echo Falls Fruit Fusions Rosé.

2015 is currently tracking behind 2014 in terms of NPD sales,  the firm said. But, it noted, there have still been some big launches.

“Significant new launches from Stella Cidre (Peach, Elderflower), Somersby (Blackberry, Cranberry, Apple Burst) and Pimm’s (Cider Cup) suggest that we are likely to have another bumper year in the category.

“Despite growth of flavoured cider starting to slow (from 66% two years ago to 20% in the latest year), there is no sign of saturation in the market, with retailers still welcoming new flavours onto the fixture. This does however mean that the size of the prize is typically lower for new entrants in 2015 than it has been in previous years.

“The big innovation within the category this year is Kopparberg’s frozen pouches. This is an area that emerged through the RTD category, so it will be interesting to see how these products fare within flavoured cider,” the researcher suggested.

“One launch to watch out for will be Jack Daniel’s Fire, which has only just arrived in stores.

“The latest flavour will look to follow on from JD Honey, which is enjoying huge success and sales of £30.5m in the latest moving annual totals (MAT).

“The cinnamon flavour looks to be on trend, with JD following on from the success of Fire Eater and Fireball.” 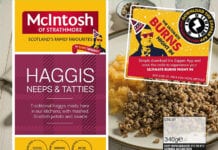 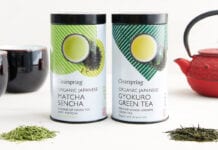 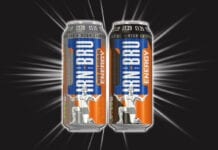 Big can energy from Irn-Bru